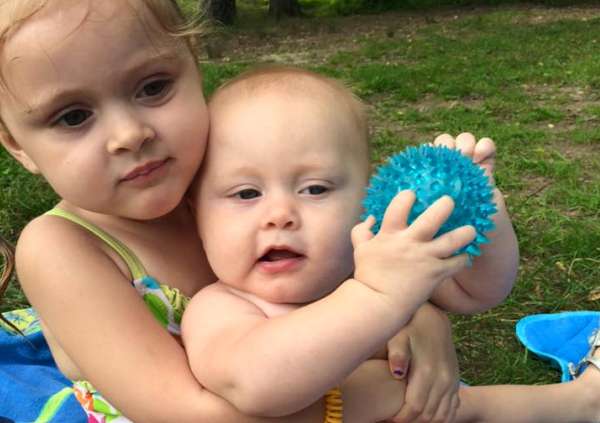 Seven years ago while pregnant with my first baby, I was curious about using cloth diapers; I thought they were absolutely adorable and I would save so much money. At that time, I remember falling in love with this strawberry-themed diaper I saw online; it was red with white polka dots and it had green and white ruffles around the butt. I remember everyone I talked to, convinced me that cloth diapers were too much work and that they would be such a hassle to use, especially while getting used to a new baby. So, I used disposables throughout diapering my daughter which sometimes resulted in nasty diaper rashes. I remember thinking single use diapers were convenient, but definitely not as cute as cloth, and I wasn’t thrilled about how wasteful they were.

Fast forward 2.5 years later and I am now pregnant with my second baby. My daughter is now potty training and the new baby is due in a couple months. I decide this time I was going to take full control of parenting my children, and I was going to use cloth diapers. So I ordered my first few pocket diapers; before the baby was born, I remember putting them on my daughter while potty training, especially when we would go out of the house. At that point, I was in love them already and they were so adorable (My favorite diaper I purchased back then was black with rainbow paint splatters on it). When the baby was born, I started cloth diapering him full time and yes the same one-size diapers worked for both my daughter and my newborn son. I have to admit, I was brand new to the cloth diapering scene, and yes it was defiantly a learning curve for me, but within a few months after making some adjustments, I was already starting to get a grip of this new concept and being successful at it. For my 2nd baby, I stocked up my home with 30 diapers of different prints and colors and washed them twice a week.

Shortly after my son was born I ended up pregnant again with my third baby. This time, I buy twice as many cloth diapers to put me at around sixty in total. I now have a really nice collection of pockets, all in ones, all in twos, all in threes, fitteds and covers. Each diaper has its own benefit (I will discuss this in a different post). When my third baby arrived, I was so glad that I chose to use cloth diapers; I couldn’t imagine having to buy disposable diapers for 2 babies and being responsible for the waste associated with them. As for my family, cloth diapering has become just as easy as using disposables and to my surprise, neither of my boys have ever had a diaper rash.